Fluros vs Flowerdale Cricket Day
Roadside Care & Maintenance and our subcontractors that worked out in Flowerdale after Black Saturday organised a charity cricket day with the locals at the Hume & Hovel Cricket Ground.

The boys from ‘Flowerdale’ posted a respectable 105 in the oppressive heat, while the ‘Flouro’s’, so named for the high visibility shirts they wear when working, were valiantly defeated, only managing 88.

Over $24,000.00 in total was raised for the day. This was distributed out to the Flowerdale and Strath Creek CFA brigades, Flowerdale Kindergarten, Flowerdale Tennis Club, Flowerdale Cricket Club and the Flowerdale Tool Shed
The day included an auction of some impressive items such as a cricket bat signed by the Australian team, raffles, Luke’s animal nursery, reptiles and other animals from The Haven Wildlife shelter, and a stilt walker. 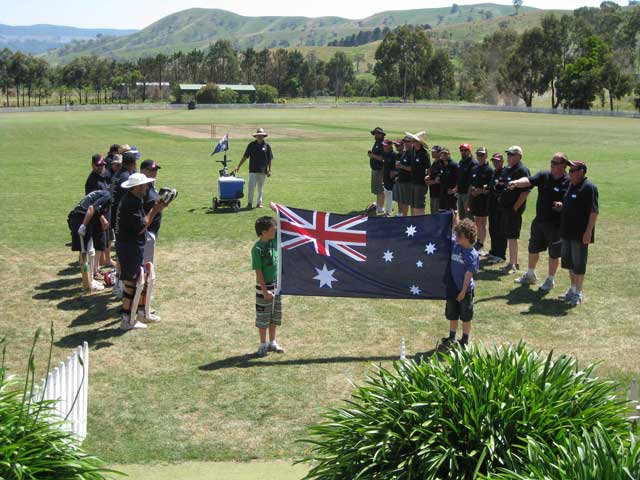 The Australian flag was held up by two of the local boys for the singing of our National Anthem, sung by Malorie O’Neill (the youngest daughter of Gerry from Roadside) 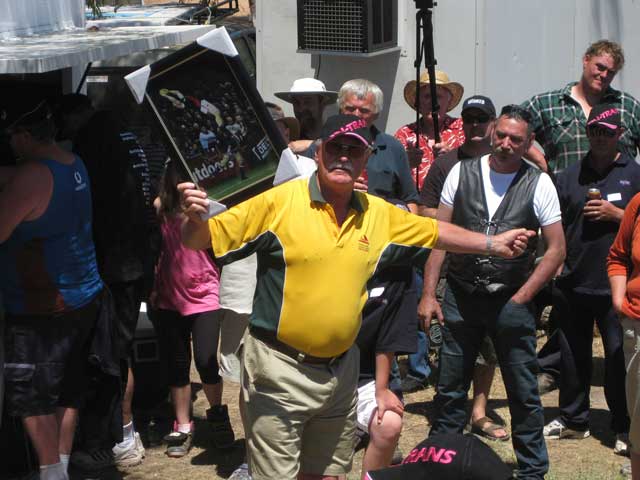 A very successful auction was held with items such as a cricket bat signed by the Australian team, memorabilia photos and a pot belly fire place.
Raffles were held throughout the day as well. 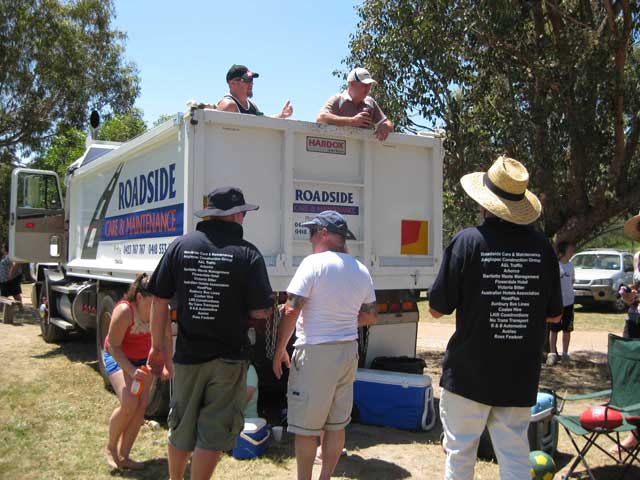 Bunnings organised a BBQ (BBQ kindly supplied by local Glen Spalding), Kookaburra supplied bats and balls for the kids.
Many basketballs, cricket sets, netballs and other toys were handed out they ‘fell out the back of a truck!’
A stilt walker (with bags of lollies), Lukes Animal Nursery, reptiles and other animals from The Haven Wildlife shelter also kept the kids busy during the day.

After Flowerdale put 105 runs on the board, we sent the boss’s – Gerry O’Neill (Roadside) and John Angrove (Anglopac), out to the crease.
And with quick glance at the score board on the way past, the battle continued! 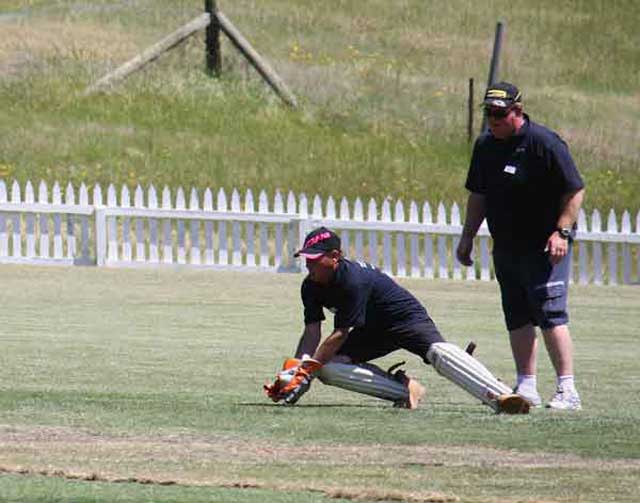 Earlier in the day, during Flowerdale’s innings, Gerry demonstrated that ‘it’s like riding a bike – you never forget how it’s done!’

One of the locals (Pete) also has a web site about the struggle the locals went through in Flowerdale, this can be found at :

Many people personally put in alot of effort to insure the day ran smoothly and our thanks go to each and every one of them.